It is finally happening – Australia’s most adorable BFF’s Christian Hull & Tanya Hennessy are joining forces to perform live on stage together!

Following a sold-out sixteen-date Aussie tour for comedian, writer and podcaster Christian, Hull & Hennessy are asking you to lower your expectations and enjoy an hour of silliness, salacious stories and life advice from the beloved comedians. Tickets are not expected to last long!

In his long-term role as National Digital Video Producer, Christian Hull created hours of hilarious content for The Project’s Carrie Bickmore and Tommy Little’s national Carrie & Tommy Show. But it was the videos he would shoot at home after work, with hilarious characters including his hugely popular alter-ego ‘Trish’, that quickly earned Christian his loyal online following. From here Christian started his own Complete Drivel podcast – a chart-topping iTunes mainstay which he began performing as a live show to big theatres and comedy clubs in 2018 to 100% sold out houses – with 7889 of a possible 7890 tickets sold across 8 cities.

If Amy Schumer and Rebel Wilson had a love child, you’d get Tanya Hennessy. The best-selling author, columnist, national broadcaster and TV presenter’s engaging and relatable videos have seen her earn over 600 million views on Facebook and a loyal following of 1.5 million across social media. She’s twice taken out gongs at the Australian Commercial Radio Awards (ACRAs) and is no stranger to households across the country with her regular appearances on The Project, The Morning Show, Studio Ten and Bachelor Unpacked. Tanya’s book, Am I Doing this Right? has earnt her the title of best-selling author while she currently co-hosts Weekend National Breakfast with the Hit Network. The RUOK? Day ambassador and Cosmo Woman of The Year nominee is a multi-talented, multi-media star in every sense of the word!

Join these two prolific comedians, creators, bosom buddies and internet darlings as they hit Australian live stages for the very first time in what is sure to be a fun-filled, unique and eccentric joint show not to be missed. 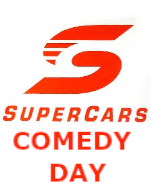