Peter is best known as long-suffering husband and pants-man Brett Craig on the hugely successful television series Kath & Kim, reprising this role on the silver screen in 2012 in Kath & Kimderella.

Peter appeared regularly on Thank God You’re Here series 1, 2, 3 and 4, popped up on Talkin’ ‘Bout Your Generation. He hosted four series of the delightful Can We Help on the ABC. He has had roles in Open Slather, Underbelly: Squizzy, It’s A Date, Timothy, and featured on the SBS genealogy series Who Do You Think You Are?. In 2018 Peter was one of the most popular celebrity contestants on the fourth series of I’m A Celebrity…Get Me Out of Here! Australia. 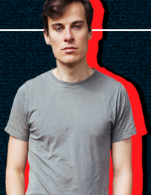